I have PTSD, Depression and am in recovery from alcohol. I know these things have a stigma attached to them. But, nothing is going to get solved by being 'in the closet' about issues like these, not for me or anyone else suffering with such disorders. 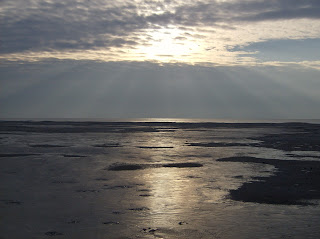 Why am I writing this? Because living with psychiatric disorders can be very difficult and secrecy about ongoing issues can be a terrible way to live. But, it is how some people live, and walking around feeling bad and carrying around the 'secret' of one's situation is nonsense; it damages the mind and the spirit.

On job applications from sea to shining sea there are questions about one's psychiatric past. And, most people do not hire people who have these kinds of problems, let's face it. Still, these are disorders -- like a broken knee or bad back,

There are all kinds of Right Wing politicians who say people on Public Support and Social Security should 'get a job.' I agree, but just where are people with these issues going to work? If society wants these people to work then there is going to need to be a change of the tide, so to speak, and psychiatric disorders and diseases are going to have to be de-stigmatized. There is really no way around it. Either people with psychiatric disorders (and there is no short supply of such people) are going to have to be given incentives to work or on Public Support and Social Security these people will stay.

You know, Republicans are swell for pointing out problems but fixing them is usually not something that gets attention at all times. In the first place, debacles like the North American Free Trade Agreement sent jobs away from the country by the millions. I am ashamed to say it was a Democrat, President Bill Clinton who presided over the last act of that legislation. I suppose that makes him the one who gave the eulogy to the American worker. Nevertheless, NAFTA was legislation that was crafted throughout the Reagan and Bush 1 administrations.

Psychiatric medications and treatment are in an era wherein an amazing amount of good is being done for people, making them able to function and thrive in ways that were impossible just 20 years ago. But, what is the practicality of treatment and stabilization of those living with disorders if opportunity is blocked to them in the workplace? Where is society getting a pay-off, so to speak, if old standards and old notions bar recovering people from having a career?

For there to be full employment for people with psychiatric disorders there has to be a way for them to re-enter the job market with an expectation of success. Without this, Public Support and Social Security will remain the primary way these people live: no one wants this, including those people being treated for psychiatric disorders.

It is hard, on a personal level, going through one's life with challenges brought upon one by psychiatric disorders. Yet, hope is found on many fronts medically, therapeutically. Still, society has closed so many doors to people recovering from their issues that the metaphorical locked door to employment these people encounter can seem to be 50-feet high and 25-feet wide.

To grow as a culture, to grow economically, society has to create an avenue for recovering people to re-enter the work-a-day world. What does that look? I have no idea, to be honest. But, knowing there is a problem and trying to do something about it is the beginning of solving it.

I can say that trying to be supportive of someone with a psychiatric condition can be hard, and this can be attested to, no doubt, by my beautiful daughter, Amanda, whom I owe so very much to for her loving kindness. I can say that she was my rock through some terrible storms. This is not to say things are always smooth sailing in her being able to understand me and those things I am facing. But, she has taken that journey with me and put up with a great deal. I work and live with the idea that there is someone in my corner in what can be a very cold world.

I am grateful to my boss, who took a chance on someone like me, and to my friends for supporting not only my recovery from alcohol but also my recovery from mental disorders. Without these, I too would be another discarded member of society, cut adrift because of what was called "madness" not all that long ago.

Today, I fight not only for myself, but to honor those who have invested so much into me, including the host of wonderful doctors, psychologists and health care professionals who have worked so diligently with me.

Changing a human heart is perhaps the most improbable act of all, yet the journey of a million miles begins with but a simple step.
Posted by Downtowner at 11:58 AM