A History of the U.S. Presidential Inauguration Day

Posted by Downtowner at 2:04 PM No comments:

When it was announced yesterday that former Vice President Joseph R. Biden won the election, along with Sen Kamala Harris as VP, I thought of an old friend of mine: Joe Caliendo. 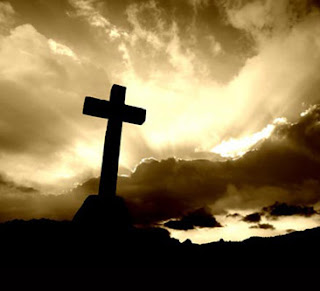 Joe Caliendo was the chairman of the Middletown Township Democratic Party, in Central New Jersey. During the early 2000s, I worked with Joe to help get Democrats elected in Middletown and the surrounding area, known as the Bayshore section of the state.

Joe was this guy with a hard surface. But down deep the thing he really belieived in was people working hard all their lives and them getting a fair shake in what should be their "Golden Years." Joe worked hard all his life, first working on a farm and then as a lifetime union member. He was a good family man, as well. And, he defended what he believed in, politically, all his life.

Joe passed away several years ago, in his 70s. He was always afraid that some hard line guy would become president and steal Social Security, Medicare, Medicaid, etc. away from people. The presidency of Donald Trump would have been Joe's nightmare. But this election, where Biden and Harris overcame the odds, would have put a spring in his step for a long time.

When  I heard the news, I looked up and pointed. Then I said, 'This one is for you, sir.' And, I have no doubt he heard me.

You see, America isn't just a socio-economic creature, or a set of states with defined geographic limits. America is a creation of inspiration and hope for today and the future. Ever since Donald Trump was elected as president, he created divisions among people. Trump encouraged racism and white supremacy. Trump fostered the idea that working Americans were more serfs than citizens.

Social Security, Medicare and so many other necessary institutions were at risk of being wiped from the map. Then, just as the darkest parts of the Bible were about to come true under Mr. Trump, Americans stepped in and voted patriotism over paranoia, understanding over hate and hope over hatred.

I have never seen an election like this one in my life. But, I was so glad to have the chance to experience this one. As the reality of the new president becomes more and more real, it occurrs to me that God really did bless America this time.

Posted by Downtowner at 8:01 AM No comments:

Posted by Downtowner at 2:10 PM No comments:

Posted by Downtowner at 2:07 PM No comments:

Posted by Downtowner at 2:04 PM No comments: