Posted by Downtowner at 4:39 PM No comments:

Racism is cancer for the United States

Racism has been interwoven into the American experience since there was a United States and well before. In reality, this is not news for anyone of any color in this nation. Black and brown peoples are fed up with this status quo, and I have to say I do not blame them. Meanwhile, whites are always talking about 'more time' for acceptance. Well, it's been 250 years, and that is long enough for anything to be done. 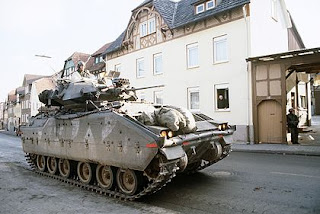 Usually I write about military affairs, generally speaking, but racism is as much a military challenge as the most important project of any service. Of course, in my opinion, the U.S. Armed Forces have been better, by and large, at changing attitudes than most any other institution in the United States.

Here is the problem, though. Young men and women enter the service. Every soldier, sailor, airmen or marine has rights, responsibilities and priviledges. Rights are those things that cannot be taken away; responsibilities are those things that must be done; and priviledges are things people earm but can be taken away. In my opinion, the military way of life is a better one than offered outside of it. Then, people exit the military, at some point.

In many places in this country, attitudes about race have brought peoples to the brink of violence, mayhem and disorder. And, there have been many cases of actual violence. Some Americans are consumed by the groups of people they hate and are more than willing to act on it. Regarding this, quite frankly, it is the whites who have mroe guns, more priviledge and the least amount of governmental oversight. This is despite the fact that there have been more incidents of white violence against minorities than the other way around.

Here it is, here is the point: If the United States cannot get over its racial problems, if it cannot heal then the nation, our republic, will not stand forever. If someone wants "...make America great..." they can positively contribute to this ongoing public discussion in positive ways. Americans cannot make America great agains...because racism has been the single issue that has kept this country and people divided.

There have always been voices of division, of hate. They most often appear in politics, the religious pulpit, in manifestos and propoganda, even from those in high office. It is not only ignorant, uneducated men and women who spread hate, though they are its foot soldiers. Yet it is those who use their office to spread hate that are truly the cancers of the nation. There is no end in sight about these people, though.

A man or woman should be judged by the content of their character and not the color of their skin. As simple as that sounds, America still cannot get that right. It's incredible, really. A blind man could see this is a fact, but this is a fact that is struggled about.

The military and other institutions have done better than most. It's still not enough, because the disease of racism is running through the life's blood of the United States. 'Think globally, act locally' is a wonderful saying. There are so many people who love to spout wonderful sayings. It's living up to those sayings that takes some character.

Posted by Downtowner at 1:34 PM No comments:

50 Years Of The Uniform Code Of Military Justice (UCMJ)

Posted by Downtowner at 2:33 PM No comments:

US COAST GUARD IN HEAVY WEATHER

Posted by Downtowner at 4:18 PM No comments:

Posted by Downtowner at 8:45 PM No comments:

Posted by Downtowner at 5:03 PM No comments:

Posted by Downtowner at 3:36 PM No comments: