The creator of this video did a great job with numbers. However, he had some subjective political comments here that were, I think, not necessary. With that said, I believe he outlines the problems with veteran suicides very well. And, there is good information here and there is opinion. I suggest viewers take what they want from this and leave the rest.
Posted by Downtowner at 7:44 PM No comments:

Posted by Downtowner at 3:46 PM No comments:

Female Soldiers and the Civil War: Hiding in Plain Sight

Posted by Downtowner at 6:30 PM No comments:

The Decision to be a Tank Crewman (MOS 19K)

Posted by Downtowner at 1:57 PM No comments:

What's Coming Next in Personal Armor

Posted by Downtowner at 12:10 AM No comments:

The Battle of Midway '42: The Japanese Perspective

Posted by Downtowner at 7:43 PM No comments:

Posted by Downtowner at 7:32 PM No comments:

Posted by Downtowner at 5:25 PM No comments:

OP/ED: It's Time to Take a Hard Look in the Mirror

Usually, I stick to writing history. It is popular and, largely speaking, non-controversial. But, I have not found an interest, as of late, in writing about what has happened and, in this post, would rather speak about what is going on right now. 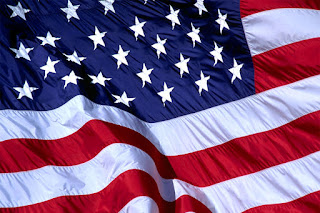 Slaves were technically freed during the Civil War (1861-1865). Yet, thanks to Jim Crow laws in the Deep South for a generation, that freedom was not a freedom in fact; it was freedom in theory. Thanks to presients John F. Kennedy and Lyndon B. Johnson, during the 1960s, significant advancements in bridging divides were made on paper. And, for many decades afterward, though far from equal, American Blacks came closer to equality than ever before.

Yet, that is not the case today. Large steps have been taken backward in the fight for equality. Of course, the same could be said of the acceptance of immigrants from Latin America.

Illegal iimmigrants are being looked at as something less than human. They are being killed indiscriminately, their children are being forever separated from them at the behest of this nation and even the Government admits it is unlikely those separated families will ever be reunited. And, there are the abuses reported about immigrant children under Government protection. Yet, some of those childen have died, some have been sexually assaulted and all of them have been traumatized.

Even if these people are illegal, they are after all still human. And, in practice, the United States is giving a whole new generation of people a pretty good reason to hate America and, one day, perhaps strike out at us all. If there was some good reason to so oppress these people, if indeed there is a reason to oppress any peoples, then there might be some valie to it. But, these people are being abused just so politicians can look good for the cameras and say 'I'm doing something.' This conduct is so against everything that the United States stand for that it is almost uncomprehensible.

White Nationalism is on the rise because there is a deluded white minority that believes people of color will accept being stripped of their actual citizenships based on race or creed, religion or country of origin. This is nonsense. Either America will learn to accept the many colors of its national mosaic or there will be ever-increasing division.

America cannot be a 'Christian Nation' if it refuses to behave governmentally as a Christian people. Creating false stratas of people is also well under way, which means that the poor are looked down upon, the aged are losing their Social Security benefits sowly but surely and the most vulnerable populations of our country are being abandoned, or arbitrarily jailed. Folks, this is no way to run a nation, especially one that claims to hold the high ground on just about anything.

There is no chance that people of color will be put back in their place. This notion offends not only people of color, but the majority of whites as well. There has been more than enough historical drama over skin color. If anything it needs to end entirely and not be carried on for future generations.

Meanwhile, declaring war on the poor, the aged and the vulnerable will not stand, cannot stand. Yes, we are a nation of laws...but those laws should not be made by bigots and fringe radicals in the society.

God made people to share this world. He/She did not appoint a better race or a better people. I think it is time to put a little more 'Christ' in 'Christian.' Because whatever we are collectively doing right now isn't working very well at all, and above all it lacks reason or sense.
Posted by Downtowner at 5:41 PM No comments: