By JIM PURCELL
Leigh Ann Hester was born on Jan. 12, 1982 in Bowling Green, Kentucky. Little could anyone have known when she was born that Leigh Ann would go on to become the first female soldier awarded the Silver Star since World War II.

Leigh Ann enlisted in the Kentucky Army National Guard, in Richmond, Kentucky, during April 2001. While assigned to the 617th Military Police Company, then-Sergeant Hester was cited for her heroic actions that took place on March 20, 2005, during an enemy ambush on a supply convoy near Salman Pak, Iraq.
While deployed in Iraq, Sgt. Hester led a team of eight military police officers. Her team’s mission was to shadow a 30-truck supply convoy. However, that convoy was ambushed by at least 50 insurgent fighters using Ak-47s and RPK machineguns, as well as rocket propelled grenades.
Sgt. Hester’s team moved to the side of the road and effectively flanked the insurgent attackers and cut off their escape route. Sgt. Hester then maneuvered her fire team through the kill zone and into a flanking position. It was there that Sgt. Hester linked up with her squad leader, Staff Sergeant Timothy F. Nein, and the two assaulted and then cleared two trenches of enemy insurgents. During that time, Sgt. Hester killed three enemy combatants. 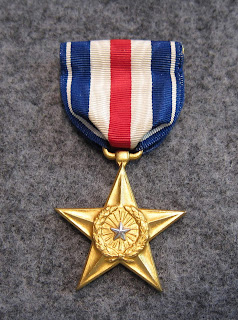 By the time the battle was over, 27 insurgents were killed, six were wounded and one was captured. Both Staff Sergeant Nein and Sgt. Hester were both awarded Silver Star Medals following the action. In addition, Specialist Jason Mike, the platoon medic, also received the Silver Star Medal for defending his comrades with his M4 rifle and M249 SAW machinegun. Later, Nein’s Silver Star Medal was upgraded to the Distinguished Service Cross.
AFTER HER TOUR IN IRAQ
Following her return to the United States, Sgt. Hester then transferred to the Tennessee Army National Guard. During 2009, Sgt. Hester took a break from the National Guard and briefly served as a law enforcement officer in Nashville, Tennessee. However, by 2010, she had returned to the Guard in Tennessee.
Between 2012 and 2014, Sgt. Hester served as an instructor for the 117th Regional Training Institute Military Police School. In 2014, Sgt. Hester then deployed to Afghanistan as a cultural support team member.
Consequent to her excellent service, Sgt. Hester is reportedly holding the rank of sergeant first class. However, that senior NCO rank may just be a stop along a career that could see even more promotion of this excellent NCO.

Posted by Downtowner at 9:45 AM