The ‘Iron Deuce’ and the Allied Invasion of Sicily

“Operation Husky” was the codename given to the Allied Invasion of Sicily in July 1943. Allied Forces were fresh off their victories against Germany and their Axis allies in North Africa during November 1942. So, with inexorable determination, the Allies moved closer to the European Continent with the invasion of the occupied island of Sicily.

Throughout this campaign, Seventh Army commander Lieutenant General George S. Patton Jr. would depend heavily upon the men and machines of the 2nd Armored Division to gain victory over German and Italian forces holding the island. 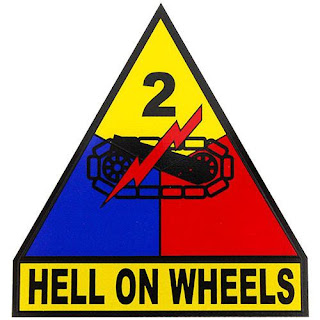 BORN TO BE BAD

The 2nd Armored Division served the United States as one of its premier combat maneuver units between 1940-1995. The division was born at Ft. Benning, Georgia on July 15, 1940. Its first commander was Major General Charles L. Scott, with then-Colonel George S. Patton Jr. in-charge of the “Iron Deuce’s” training. Later, when MG Scott was promoted, Patton was promoted to brigadier general and placed in command of the division.

The core of the 2nd Armored’s units included: the 41st Infantry Regiment, 66th Armored Regiment, 67th Armored Regiment, 17th Engineer Battalion and the 142nd Signal Company. For 55 years, these units were the heart of the 2nd Armored Division’s combat and maneuver capabilities. In Sicily, these units would be christened in blood and flames against a well-entrenched and determined enemy.

THE LANDINGS AT SICILY

During the invasion of North Africa, the 2nd Armored Division did not play a key role. However, that changed substantially in Sicily.

Operation Husky kicked off on the night of July 9, 1943. After more than a month of hard fighting, the operation would finally end on August 17, with the Allied liberation of the island.

The invasion began with a large amphibious and airborne operation, which was followed up by a six-week land campaign by American, British, Canadian and Free French Forces.

During theinv asion, the 2nd Armored Division served as the reserve force for the Western Task Force. The division came ashore on July 10th in support of the 1st Infantry Division at the Battle of Gela, so-named for the city of Gela that was nearby along the island’s southern coast.

The beaches of Gela were defended by the Italian XVIII Coastal Brigade. The town itself was being defended by the Italian 429th Coastal Battalion. The defenses for Gela included barbed wire, pillboxes and anti-tank weapons. In addition, the beaches on either side of Gela were mined, covered by machineguns and had committed artillery battalions to support the defenders.

The first armor to reach the shores of Gela were from the 67th Armored Regiment. However, the regiment’s Sherman tanks became stuck in the soft sand of the beachhead. Like everything that goes ‘sideways,’ the tanks eventually freed themselves to join the fight against German armored units that descended on the battlefield. The 2nd Armored, working closely with the 1st Infantry Division, held off a massive German counter-attack on July 11 and, on July 12, with the battle won, next went into action on July 21 in support of Allied landings at Licata, Sicily.

At Licata, the 2nd Armored Division supported the 3rd Infantry “Rock of the Marne” Division, as it came ashore. Licata is situated between Agrigento and Gela on the island, which made Licata a strategic point in the campaign.

Sadly, due to the intense firefights throughout the area, the town of Licata was left heavily damaged. With the war damage, combined with Sulphur industry declines, many of Licata’s resident population permanently left their town for mainland Italy after the war.

TAKING THE FIGHT TO THE NAZIS

With both landings secured, it was time for the 2nd Armored to take its show on the road, fighting through to the Sicilian capitol of Palermo. Throughout the inland campaign, the 2nd Armored, commanded by Major General Hugh J. Gaffey, worked closely with paratroopers from the 82nd Airborne Division. 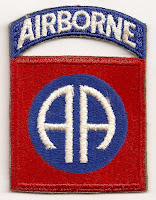 The two divisions knotted quick results. One of the perennial problems plaguing airborne infantry units was that they lacked the punch of armored units. Meanwhile, armored units, at that time, moved far slower than airborne units could. As a consequence of their cooperation, the 2nd Armored and 82nd Airborne were among those units that liberated Palermo on August 17th, which also marked the end of the operation.

Along the way, the Iron Deuce took thousands of Italian prisoners of war. During the campaign, the 2nd Armored also gained its first Medal of Honor recipient, Sergeant Gerry H. Kisters, a Utah resident who was assigned to the 91st Cavalry Reconnaissance Squadron. At the time SGT Kisters was serving in Sicily, his unit was attached to the division.

With the campaign in Sicily won, the 2nd Armored Division was ordered to England, where it would prepare and train for the next Allied action, the Normandy Invasion of German-Occupied France. Though the division had sustained casualties during Operation Husky, it had proven itself as an invaluable asset to Allied plans for victory in Europe.

Going forward in the war, the 2nd Armored Division would be a major force for Allied victory. The division would live up to its motto of "Hell on Wheels" against German Forces throughout mainland Europe.

Posted by Downtowner at 5:14 PM