FUTURE TECHNOLOGY for the US Army Documentry

Posted by Downtowner at 6:56 AM No comments:

Military Technology: Not Everything Should Be Automated 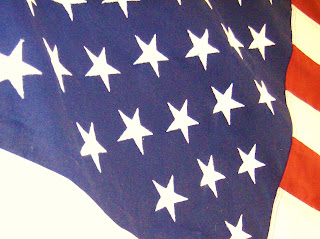 I was never a commissioned officer in the U.S. Army, but I was a buck sergeant, and a corporal before that (after going from PV1 to Specialist 4th Class prior). I served as a grunt, 11C Mortarman, then as a 96B Intelligence Analyst (HUMINT) and then an 11B Infantyman. I was in for almost 11 years in all, and, during my time in, I was assigned to the XVIII Airborne Corps, 82nd Airborne Division, 7th Infantry Division and the 2nd Armored Division. So, I know a little bit about being a grunt.

With that said, technology is the wellspring of the military services, and this is intractable. However, there are things that should not be replaced. Not being on active duty for more than 20 years, I have stayed up on those things that were in the news about the military, which is hardly a lot but it is something. I have even gone out of my way to stay atop some of the advances coming out from arms manufacturers and places like Boston Dynamics, among others, where they announce Beta-Testing for promising weapons systems. Overall, I think soldiers will be safer and more effective with the enhancement coming down the pipeline. 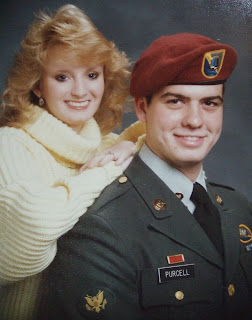 However, the soldiering trade should not, at its core, be altered -- only enhanced, in my opinion. I was in a low-tech Army of the 1980s and early 90s. In my day, soldiering was much the same as it had been when my father, uncles and cousins served from the 1940s through 1970s. Yes, there were weapon systems upgrades. By the same token, soldiers of my day still used the M16A1 (into the late 1980s), still used bayonets, wore the same clunky LBE that the Army had been wearing since Korea, wore tropical 0G-107 uniforms of the Vietnam Era (along with BDU's -- it was optional on posts like Ft. Bragg) and wore Corcoran jump boots and jungle boots (again, not all posts authorized the jungle boots). I received a steel pot helmet when I initially entered and after a year or so I received the first generation kevlar helmet, while our flak vests were tragically inefficient and were Vietnam vintage. At first, I ate C-Rations in the field, then MRE's (and can still taste both to this day). There were no very significant technological breakthroughs for individual soldiers, just major weapons systems. In my day, the big changes were Bradley M2 vehicles instead of M113s, TOW AT systems and the very first fielding of the M1 Abrams tanks, which replaced the M60A3 Main Battle Tank, as well as MLRS.

Today, the very foundation of what the force will look like in 20 years is being decided. I do not disagree that robotic infantry support and direct support elements are good ideas -- they're awesome. Anything that improves the range, accuracy of fire, ability to maneuver and secure a strip of real-estate is fine by me. Still, I think that the old way of learning map reading: one soldier, one map, one compass is something that should never be changed, nor the regular training of hand-to-hand (inclusive of knife) and bayonet should change either. Meanwhile, I have heard there is a helmet being developed that would allow soldiers to play music on headphones on patrol and would channelize their vision with its wearing -- now, that is nuts. Patrol techniques, individually and as part of teams and squads, is the most fundamental skill a grunt possesses and the old way of doing it (low and slow, quiet and with a head on a swivel) is just the plain old way to do it.

I understand there exists so much technology out there in the Army today that soldiers have almost a brand-new experience over their forerunners. Yet, improving and enhancing should never edit or delete the essential skills of soldiering, which included long field stays over months some time in training. Meanwhile, live-fire trainings, like in Doughboy City, in Berlin, back in the day kept soldiers the kind of sharp they needed. It was told me once that the only way to make a grunt is outside in the rain and cold for a bunch of months, with as much 'pain-in-the-ass' the brass could add. I agree with this, as much as I hated it when I was a young soldier.

I believe in technology, and want the very best for our kids when they have to go to the dance, but not at the sake of training the individual soldier in some of the more traditional pillars of the old school, be they infantry or something else. Soldiering is perhaps the second-oldest profession in the world, and it is experiencing a renaissance, but the core needs to stay strong. The best parts of soldiering are timeless. Add the old with the new and it's a powerful combination. But, keeping some of those core aspects of training should be an enduring priority, which resides right next to adding the best and newest technologies.

In conclusion, I want to applaud all the wonderful guys and gals who are serving our nation in uniform and for their dedication and invaluable service to our country.
Posted by Downtowner at 9:38 AM No comments: