A Historical Crossroads About World War II and Nazis

I was writing a post about World War II German General Heinz W. Guderian recently on this blog. And, I ran into a problem of perspective. In fact, I had previously never wrote about German military leaders from either World War I or II, despite studying about them a great deal when I was in college at Georgian Court University, in New Jersey, during my youth. In addition, most of the men in my family had served in the Army, during World War II, including my father and his brother (who was killed in action as a Navy Gunner's Mate 2nd Class piloting an LST during the Anzio landings in January, 1944). 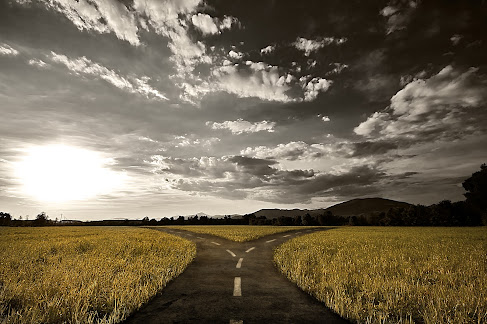 Yet, historically speaking, can society forget whatever advancements the German Army made in modern warfare because Nazis, who riddled the German Army, were despicable people? Some part of me wants to say, 'Yes, we can.' Still, when we discuss the advent of modern military tactics, as reprehensible as Nazis were and are, the history should not be ignored. If we as a society do this then we edit history and that is not the place of anyone, any political party, government or historian. So, I decided to write about both Guderian's brilliance and his other face as well, the fact he was a Nazi stooge. And, both of these men inhabited the same person.

In Guderian's case, he basically created combined arms tactics in a way previously unheard of in warfare during his time. In modern vernacular, it would be said he created the concept of the contemporary "combat team." As part of this, a single commander (whether it is a company commander or an army group commander) has primary control over all of the assets on a battlefield for his or her army (air, artillery, infantry, armor, cavalry, special weapons, intelligence, signal, logistical, etc.). And, because of this control, modern commanders eliminate organizational bureaucracy necessary to accomplish missions on the ground.

Guderian knew that to fully bring his vision of "Lightning War" into being he would not only have to push for the creation of a modern tank force, but also armored infantry and artillery, as well as logistics, to be able to keep up with an army's advance. In addition, such a commander is going to need control of the air assets in his or her area because those assets play a key role in dominating enemy forces.

So, to some extent, the world still lives with Guderian's ruminations about modern armies. Most armies in the world today use his principles of command, whether they know it or not. And, I dislike Nazis as much as the next person, but I believe it is possible to credit the source of an idea without lionizing them, turning them into a hero or a role model or something like that.

The reluctance to credit Nazi leaders with anything happens because of all this rubbish they threw around about eugenics and race superiority. The terrible things the Nazi regime did were not among the most heinous things ever in history. They were the most terrible things one man or woman ever did to another man or woman. Further, I think this is true without exception.

We all ride a tenuous line when discussing Nazis. Their evil was almost supernaturally dark and their achievements, some albeit functional, arrive to us all from the most poisoned tree in the historical forest.

In today's world, Nazis seem to be making a 'comeback' among America's poor and uneducated. Politicians have applied their terrible gifts of deceit and persuasion upon history and actually found imaginary arguments that make Adolf Hitler's regime somehow palatable to youth and political outsiders now. I do not know how this came about exactly. One criticism of Americans by peoples throughout the world is that we, as a people, do not have long collective memories. Maybe that is true. For me, it was my father and uncles who were impacted so horribly by Nazis of the mid-20th century. But for younger people either their grandparents or great-grandparents were the ones who were involved in World War II. Over time, I suppose even the Devil might catch a break after being considered by weak minds.

I am only one writer considering one Nazi historical figure and weighing the pros and cons of doing so. Yet, this argument can be applied to all of Hitler's 'rogues gallery' of innovators and leaders. Yes, there were Germans who were pressed to join the Army, forced to do Hitler's bidding for fear of their lives or those of their families. Let us not forget, though, that there were plenty of bright people in Germany of the '20, '30s and '40s who acccepted Nazi ideals and all of the monstrosities that accompanied them.

I do not know what the answer is. I see youthful Americans today, running around and being confused about if they are Neo-Conservatives, Q'Anon, Nazis, or Nationalists or "Proud Boys," among so many other groups. So many people who are totally berift of any actual historical study are literally making up history according to what they want. I suppose this is true of modern religious personalities as well. Most frightening of all is the nexus these groups may find.

We live in a world today that is less literate than the one our grandparents lived in. It is an America that has forgotten things like mathematics and science. The political theory of the mob has replaced logic in the minds of many Americans. And, the notion of celebrity, the cult of personality, has in many cases supplanted that tried-an-true American institution of common sense.

So, how do we intelligently and reasonably discuss history in the context of World War II and its personalities and yet not whet the appetites of modern day modern fringe personalities? Now there is a good question.

Posted by Downtowner at 7:28 PM