Veterans and joblessness are sometimes hand-in-hand 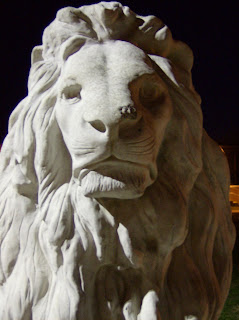 When a young man or woman finishes their physicals and sign into one of the Armed Forces, they are giving the military a blank check. The blank check given to our republic goes up to and including the very lives of our soldiers, sailors, airmen and Marines.

What is it that America owes is active duty, Reserve, veterans or those retired from the military. Being one of those veterans, I will say each of us owes our veterans a lot.

Yet, there are many veterans who return changed from their service to our nation, and saying that someone can healed entirely is too ambitious a sentiment. People change with experiences, particularly those who have seen combat.

Alcoholism and drug addiction happen in great numbers within the veteran community of our nation. What is to blame? Well, it can be a lot of things. I am no doctor so I will not try to practice medicine. However, it is a fact that alcoholism and drug addiction are rampant within veteran populations in this country. Consequently, finding at-risk veterans with troubled pasts and troubled driving records, perhaps even arrests or imprisonment in their backgrounds is not a rare occurrence.

For those who cheer on veterans in parades, on television or at the half-time of football games -- the same veterans that one may see shining bright against the sky with medals and ribbons, highly shined shoes and ornate uniforms are still the same thing as those veterans who are men and women who have, by poor choices and troubled minds, illnesses and injuries, become those grizzled homeless that inhabit our cities.

It is impossible to support those young men and women who serve our country today and not pay homage to those who have returned to the 'world' from their service, or who served in other eras, other wars, other campaigns.

What is the cure: None. But a great way to start is by hiring veterans. Understanding that, for veterans to leave at-risk situations in their lives (living on the streets or in cars, in the woods, or couch surfing), someone has to give them a chance; Not a hand-out but help up.

Give a man or woman back a job and they will be rewarded with self-respect and confidence. Armed with these things and hope, people can move mountains.

So, I am speaking to hiring professionals, leaders of companies and employment specialists and just plain old folks. Veterans wrote a blank check for our nation during their service. I suggest that the idea of giving veterans back a paycheck with a living wage, and a sense of dignity is what all of us owe them.
Posted by Downtowner at 2:56 PM