The GOP is Being Pulled Too Far From the Center, Pt. 3

By JIM PURCELL
The American Civil War (1861-1865) had a lasting impact upon the nation, and both political parties. And, to some extent the legacies of that terrible conflict are still with us all.
It was Southern-Democrat legislators and elected officials that instituted racial segregation throughout the South through a series of legal doctrines that were geared to repressing Black populations. Between 1870 and the late 1960s, this canon of sanctions were commoonly referred to as "Jim Crow Laws." These laws were a product of Southern Reconstruction, after the Confederate States of America fell to the United States of America. 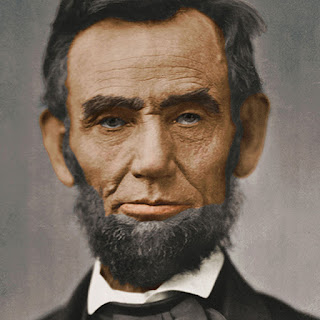 Dismantling the machinery of slavery in the United States was the wartime goal of the Republican Party, and its first U.S. president, Abraham Lincoln. The "Party of Lincoln" became synonymous with the cause of liberating the oppressed throughout the nation and became engrained in the American psyche.
The Democrat Party, perhaps since the the administration of Franklin Delano Roosevelt (1933-1945) steadily became more progressive in its platform goals, as well as more populist in its narrative. And, this created a divide between Southern Democrats and the rest of their party nationally. Issues such as minority voting rights, worker protection, social service programs for low-income Americans and education equality gradually began to take center stage within the progressing Democrat Party. This schism eventually came to a tipping around the late 1970s.
In the wake of the civil rights movement, the Republican Party developed a "Southern Strategy" for capitalizing on White Southern fears involved with equality. Both Republican candidate Barry Goldwater and presidential candidate Richard Nixon tried to capitalize on this situation during their elections, with Nixon enjoying more success in 1968 and 1972. My thesis on this issue is that, while Nixon did receive support from Southern Democrats during both of his successful elections, it is unclear that the Southern Strategy was as responsible for this as was Nixon's own policies of including Democrats in his administration, nationally, in order to engender bipartisan support.
If Nixon had successfully converted conservative Southern Democrats to the Republican cause permanently, then the question has to be asked why former Gov. James Earl Carter won the presidency on behalf of Democrats in 1975.
What excited the imagination of Southern Democrats was when former California Gov. Ronald Reagan campaigned on a platform of undoing many of the initiatives of past presidential administrations (including those of Nixon's) by definding social services programs, offering a blind eye to states' dismantlement of President Lyndon B. Johnson's "Great Society" programs within their Southern boundaries. This presented a unique opportunity for Southern Democrats to shift their alliances for tangible, bird-in-the-hand Federal concessions that would, to their point-of-view, permanently offer a president and a political party dedicated to their perspective. 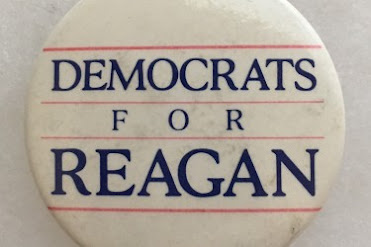 Being a Republican from that period, I vividly recall that the GOP was the party of science and technology. It was a party dedicated to the pryomotion of international business and support of labor and ownership. The Republican Party before Reagan was a party of providing new resources for businesses from Main Street to Fortune 500 companies. Social issues were not the primary impetus of the party or its leaders. Republicans were dedicated to maintaining the American economic lifestyle for all its citizens, especially the middle class.

With the new, Reagan-inspired amalgamation of the Religious Right and the newly-converted Southern Conservative movement it made for a dramatic and, as it turned out, permanent change from the "Party of Lincoln" to a party of xenophobia, religious fear tactics and dystopian ideals. And, that is the core of the party that calls itself Republican today.
From a historical perspective, Reagan did what he had to do in order to get elected. He activated traditional Democrats to not only change their votes for his election, but to change their party affiliations altogether. While many Republicans believed that the bigger tent of the GOP might be a healthy thing over the course of time, it turned out that these new forces within its ranks turned the GOP away from its tried-and-true mission of building business and the working class to something else, more radical, more parochial and less centrist.
(Jim Purcell is a registered Republican and is a graduate of the New York Theological Seminary, in New York City. He is a retired journalist and lives in Western N. Carolina with his wife.)
Posted by Downtowner at 2:14 PM